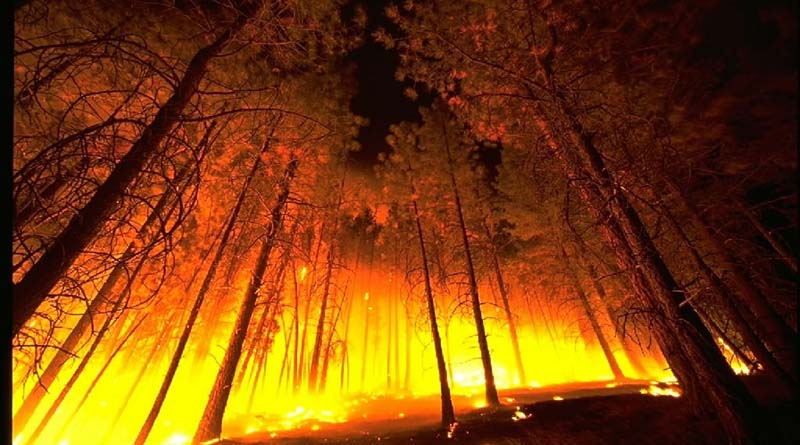 Why are There So Many Wildfires?

This summer, giant fires are linked, in the United States, Canada, Sweden or Greece, killing dozens of people. The phenomenon is expected to worsen with global warming, warn scientists.You may ask, why are there so many wildfires?

Other factors, such as poor forest management or the construction of homes near woodland, fuel this phenomenon. “The patient was already sick,” says David Bowman, a professor at the University of Tasmania, Australia, and a specialist in forest fires. “But climate change is the accelerator.”

Forest fires in Vancouver – no improvement expected in the short term

The thick cloud of smoke from forest fires obstructs Vancouver’s skies and leads to critical air pollution levels in the last week of August 2018. Due to high temperatures and low precipitation, British Columbia, which was declared a state of emergency on August 15, faced a record number of forest fires this summer: 563 were recorded on until mid-August, mostly in the center and the north, according to a survey of local authorities. 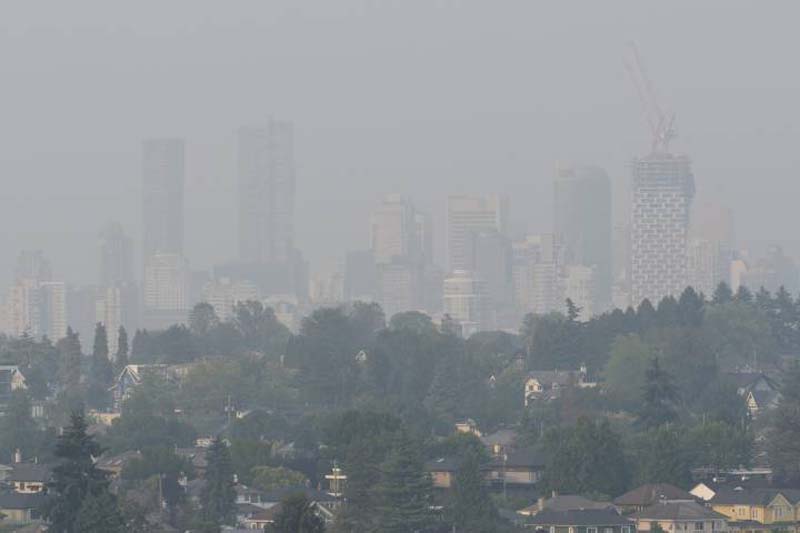 Although most fires are hundreds of kilometers away from Vancouver, the large metropolitan area of ​​western Canada, home to 2.8 million people, suffocates in white fog. “It’s very foggy outside, usually we see the mountains from Vancouver, but not at all right now,” said Francis Ries, British Columbia health officials.

In fact, Vancouver’s air quality is much worse these days than Beijing’s, according to aqicn.org website, which specializes in real-time atmospheric analysis. The Chinese capital, criticized for its stale air, currently has a “moderate” index, while the air quality of Vancouver, a destination chosen by many wealthy Chinese seeking a healthy lifestyle, is considered “unhealthy”.

In the summer of 2018, more than 14,000 firefighters from all over the United States and even Australia and New Zealand were working to fight gigantic fires that continued to grow in California after having already devoured thousands of hectares. 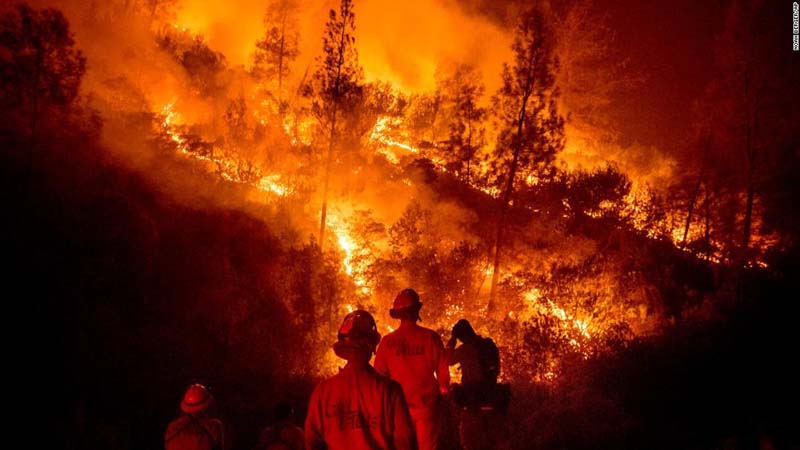 The biggest of them, the “Mendocino Complex”, on August 6, 2018 broke the record, only a few months old, of the most destructive fire in terms of area burned in the recent history of this state of western United States.

Since July 27, it has already devoured some 120,000 hectares. At only 34%, it continued its wild ride in the wooded, steep and inaccessible hills around Clear Lake, north of San Francisco.

The difficulties of access as well as the drought and the heat complicated the work of the firemen, underlined CalFire, the California authority responsible. The “Mendocino Complex” has destroyed at least 143 structures including 75 residences and more than 11,000 other structures are under threat.

Why are there so many wildfires?

If they are of various causes and intensities, one thing is certain: the number of fires increases and should continue to increase. Due to various factors, including global warming, which mechanically aggravates the risk of fires?

The future looks so dark. A paper published on August 1, 2018 in the journal Science Advances found that the existing drought places are getting warmer, which means heatwaves and droughts are happening at the same time more often – setting up the perfect conditions for wildfire.

Researchers are still divided on the extent of the impact of global warming on fires, compared to other factors. But it seems in any case very real. A recent study suggests that climate change is already playing a role in the evolution of forest fires in the United States by making them drier.

What should we do?

So what to do? One of the solutions: fight fire with fire. It may seem counterintuitive, but not that much. In a study published in April 2017, researchers rightly felt that we had to stop trying to fight each fire, but rather let some fires spread, even widely, to clean these areas and help them adapt to climate change. “We have to learn to live with and adapt to it, as with droughts and floods,” says Tania Schoennagel, co-author of the study.

This integrated fire management, where it is “taken in a neutral way”, is very developed in North America and Australia, but little in Europe, specified in 2017 HuffPost Eric Rigolot, Director of the unit forest ecology Mediterranean of INRA.

The idea is to burn wood preventively. A study published in Science in 2015 showed that in the United States, while 98% of fires were well treated, limited to very small areas, the remaining 2% was responsible for 97% of carbonized land.

Watch the fires from above

Researchers are thinking more about a way to better understand the fire starts. For example, via networks of small satellites (recently become affordable) or drones. Technological developments have made it possible to easily analyze the evolution of a fire with a lot of detail, very quickly, before the smoke makes the scene invisible.

Having better information upstream would allow firefighters to better know how to respond to a particular fire.

NASA has been working on this project since 2015, called FireSat. 200 small satellites equipped with thermal sensors could thus quickly locate the fire starts, if they are at least 10 meters wide. In a few minutes, the authorities would be notified. The system should be tested during 2018.

Other researchers, in parallel, try to guess where a fire is most likely to occur through Artificial Intelligence , using different data on climate and current and future weather. It may be a mix of all these technologies that will allow us to better manage forest fires in the future.