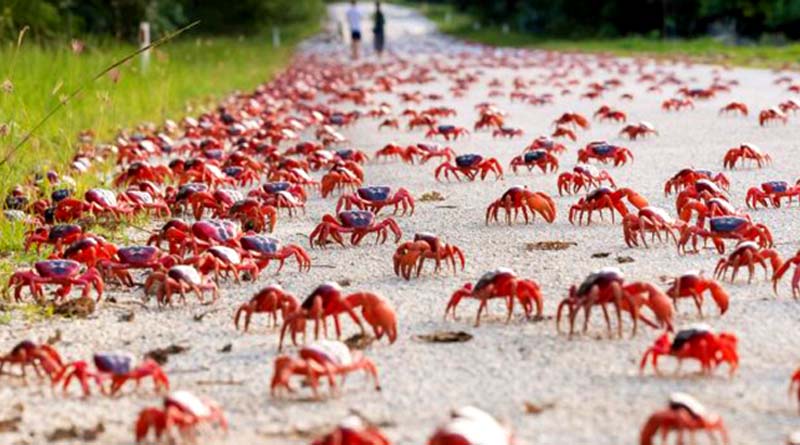 It is an event on Christmas Island, in the rainy season, between October and January; nearly 100 million of these red crabs leave their natural habitat of the tropical forests of this island, located in the North West of Australia to reach the beaches on which they recur.

This phenomenon, one of the most impressive nature has been ranked among the 10 most spectacular migrations by CNN Travel Site.

With 100 million crabs crossing the island, they are measures of spans that have been taken by the authorities. Bridges built for crabs, roads closed during the period of migration. Despite these efforts it is still nearly one million crabs will not reach the beaches. The causes are multiple, some will be crushed, and others die of dehydration while crossing desert areas, or killed by an ant species accidentally introduced to the island several years ago. 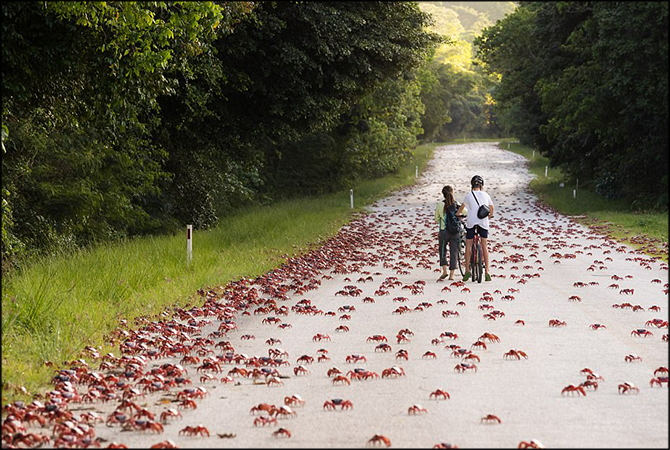 Each year, residents and visitors to Christmas Island can admire the incredible migration of millions of red crabs. An exceptional phenomenon that would almost want to explore this little piece of land in the middle of nowhere!

Located in the Indian Ocean, 900 km from Jakarta (Indonesia) and 1,600 km from Australia, Christmas Island is not an island like no other. The Australian external territory is a haven for wildlife.

With its fauna and exceptional nature travellers who venture there will be a unique experience. On this small island, with 21 km long and 18 km wide, two thirds are part of the national park. Only 1,400 people live there, making it possible to preserve the natural environment of the island.

The migration of millions of crabs 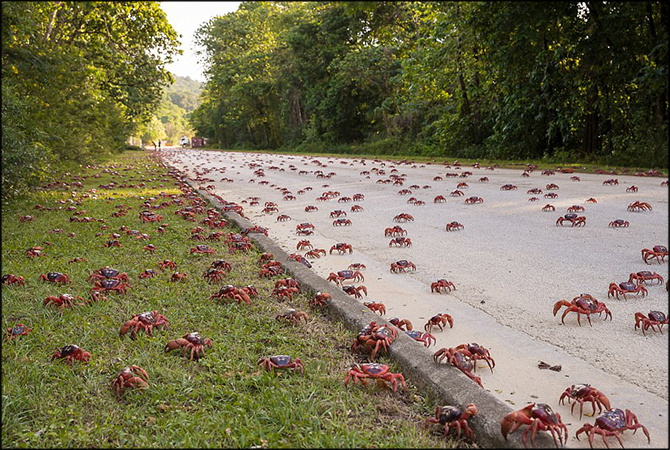 Christmas Island stands out with its migration of red crabs.During the rainy season, which begins in October, crabs realize their migration. Specifically, they leave the forest to reach the ocean, where the females will lay their eggs. About two months later, the mothers with their newborns are the way in reverse to get back into the forest.

To make this change in habitat, million crabs cross the island, offering an amazing scene to passersby. They cluster mainly on roadsides, but also along the walls. So be well close the doors so they do not fall within the houses. Moreover, this migration obliges people to drive very slowly to protect the crabs.

The unspoilt beauty of Christmas Island 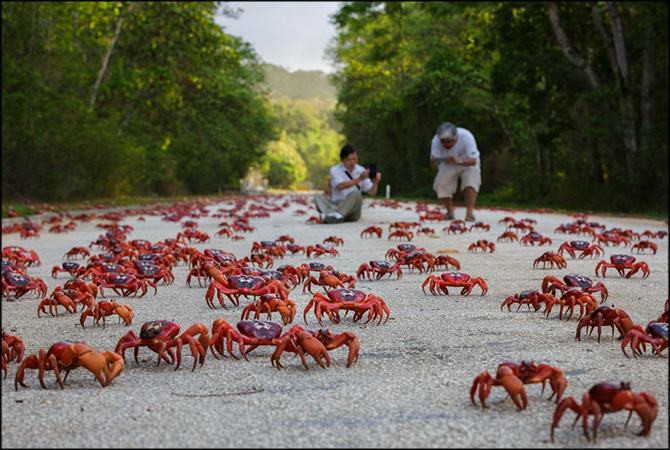 Travellers can reassure these land crabs are harmless to humans. Living with them on the roads, trails and beaches leaves an unforgettable memory, and besides, visitors never tire of watching them.

But apart from this curious sight, travellers can enjoy their stay for diving in the Indian Ocean and admire the beauty of coral and marine life. The island also has many beautiful beaches, authentic and preserved – as well as a detention center for migrants, but that’s another story. In short, with its tropical climate and its exceptional fauna, Christmas Island provides a change of scenery.

5 Tips for Photographing the Snow