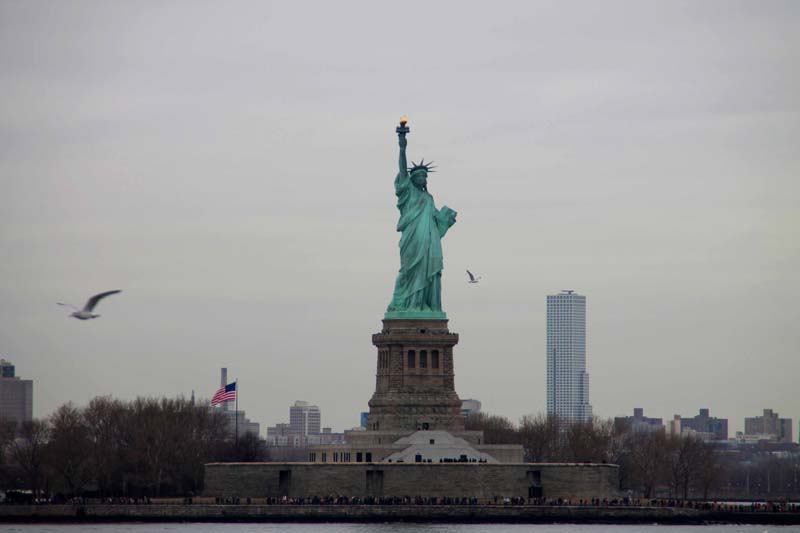 Discover the Fascinating Facts and Secrets of the Statue of Liberty

Every year more than four million people visit the Statue of Liberty. This gift, offered by the French to the Americans, symbolizes today the friendship and the alliance of the two countries. If you are planning to visit New York, you should discover its history and some secrets, which you may not know about it… 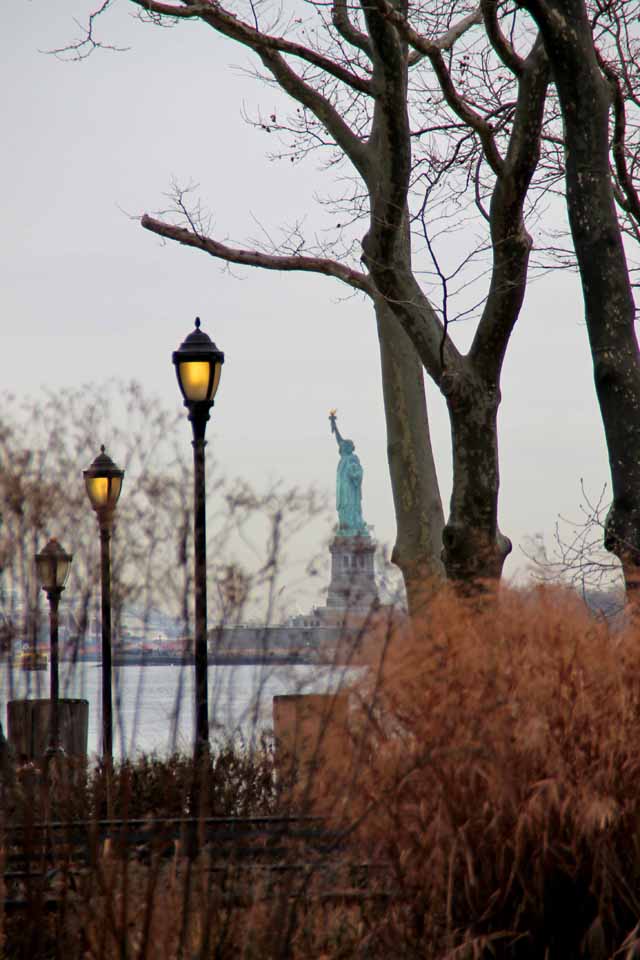 France offered the Statue of Liberty to the Americans in 1886. With nearly 93 meters of height, it is the largest statue of the United States. It was the French sculptor Frédéric Auguste Bartholdi who designed the statue. France spent about 2,250,000 francs ($250,000 U.S. dollars) for its construction. In the 19th century, the cost would be the same as millions of dollars today. The Americans spent almost as much to build the pedestal. Much of the construction of the pedestal was financed with public donations. It was built on ancient fortifications.

The statue has not always been known as the “Statue of Liberty”. At first, it was called “Liberty Enlightening the World” (“ La Liberté éclairant le monde” in French)  until 1924 when it was designated as a national monument. Other cities were considered potential sites to host the statue. Indeed, Bartholdi had also visited Boston, Sacramento and Norfolk in Virginia. But it was finally in New York that it found its place.

The exterior of the statue is made of copper. The thickness of this copper is only 2.5 millimeters. Initially, the statue was brown in colour, but by oxidizing it, copper took on that greenish color. The interior frame of the statue was designed by Gustave Eiffel. A 12-meter ladder is installed in the right arm. It is used only for maintenance of the torch. Since 1916, the public has no access to the torch for safety measures. The employees working on the site access the statue by the sole of his right foot! 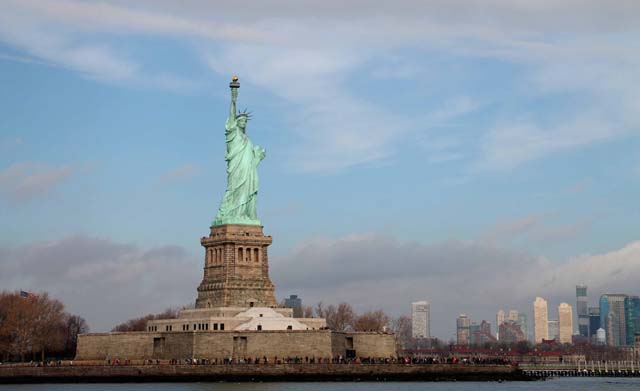 Before visiting the Statue of Liberty in New York, it is interesting to read these stories and anecdotes about “Lady Liberty”.

The actual name of the statue is “Liberty Enlightening the World” (“ La Liberté éclairant le monde” in French)  . Thus the name ” Statue of Liberty ” is only a nickname. In the American, she is often called “Lady Liberty”.

Actually, the green lady with the torch in her hand was not green. Researchers believe that it was originally dark brown. The statue consists of a scaffold of iron. That is why there is a layer of copper – and that was actually brown. But the colour has only lasted about 20 years, the scientists believe. Then the outer skin of the statue is weathered and oxidized and gradually become green. 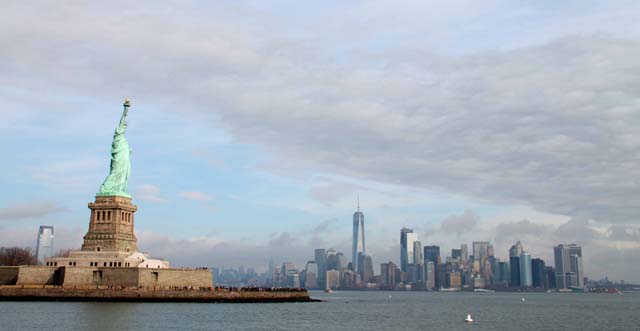 The statue was a gift from France to the USA, but only partially. France was responsible for the statue, and for the base the United States. Because the donation gathering on both sides of the Atlantic was extremely sluggish, the gift came ten years late – originally it had to be dedicated to the 100th anniversary of American independence in 1876.

Measured from the base to the torch, the statue is 93-meter high and weighs 225 tons. When erected in 1886, it was the largest iron construction in the world. The lady wears sandals in size 879 and has a waist circumference of 11 meters. You have to climb 377 steps to see through the 25 windows in their crown – the seven peaks represent the seven worlds and continents. 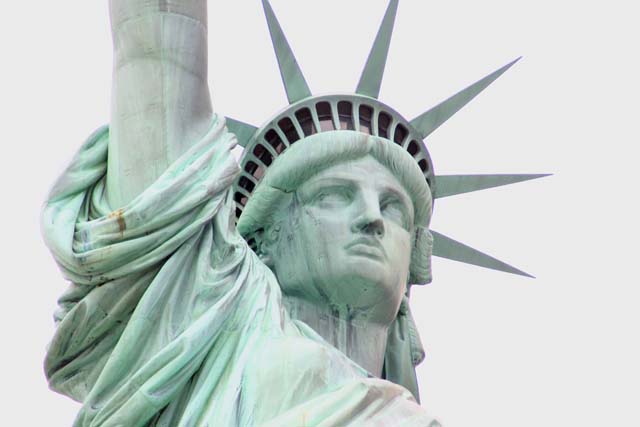 In 1878 the head was still shown at the world exhibition in Paris. Then the statue was divided into 350 parts and transported in 214 crates with the the French steamer “Isere” through stormy weather across the Atlantic. Within four months she was reassembled. In front of thousands of spectators, the then US President Grover Cleveland inaugurated the statue on October 28, 1886, in the port of New York.

The torch should originally serve as a lighthouse. Scientists did it around for years, but they just did not get enough light. That is why the torch has no function. One hundred years ago, the right arm was also damaged by an attack by German saboteurs. Since then, only the caretaker is allowed to climb into the torch over a long, wobbly ladder.

Why We Should Not Compare Everything When Travelling?

The Top 20 Attitudes that Lead to Success