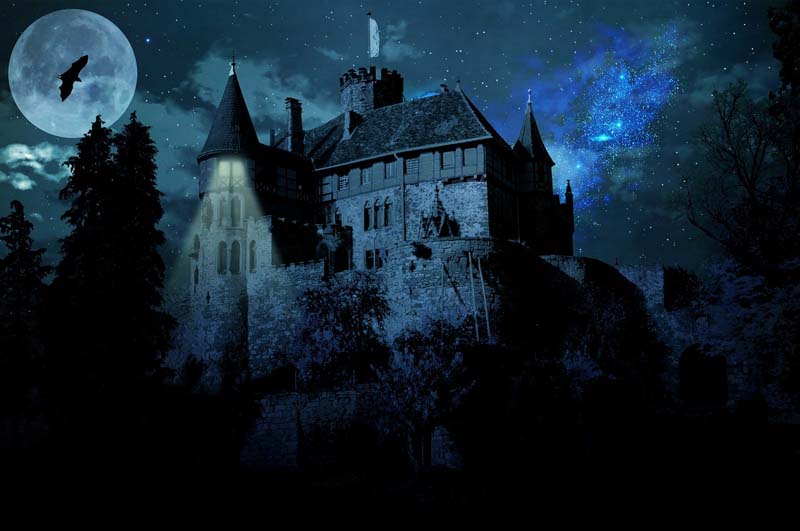 There is no need to go to the end of the world to have your lot of horror! Several places in Canada contain years of history, combining happy events and sometimes tragedies.

Following is a list of hotels that you may be afraid of visiting one day, if you have the courage to spend the night there! 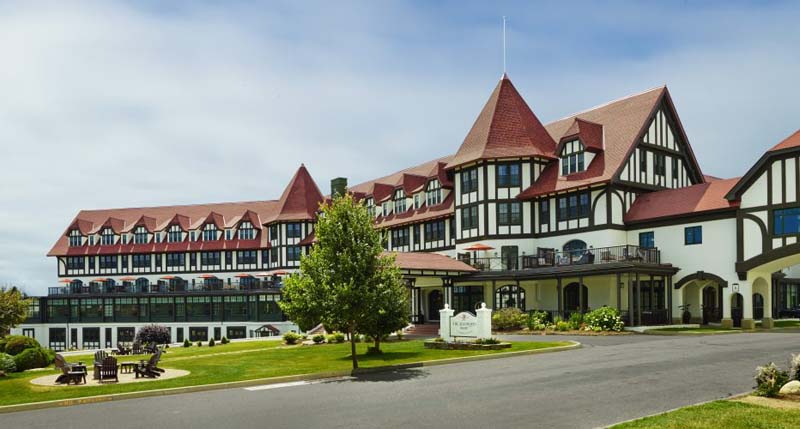 This four-star hotel opened its doors in 1869 and was recognized at the time to be the luxury destination to try its saltwater baths. In room 473, there resided a bride who had unfortunately broken with her fiancé on the day of the wedding. Some tourists testified to hear crying coming from a corner of the room especially at nightfall.

Some would also have seen the ghost of a waitress in the dining room at night pulling up the tables.

Several secrets are hidden within the walls of the Château Frontenac. The ghost of a woman in a nightgown would have been seen several times and even in the room of some guests in their bed!

Louis de Buade, governor-general of New France in the 17th century would also have been seen wearing the clothes of the time and prowling around the hotel. He died at the hotel while his fiancée was in Europe; according to rumors, he is still looking for her. 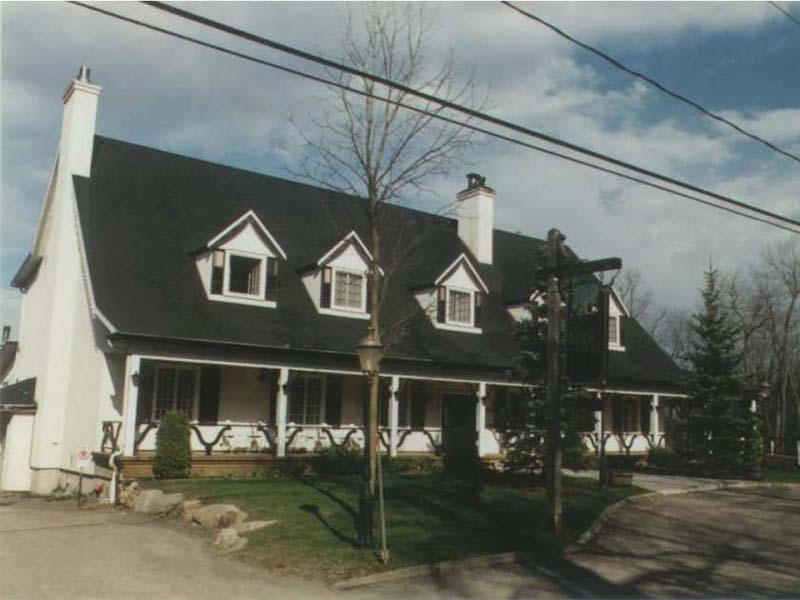 The inn was built in 1820. In 1830, Maude, a maidservant who was staying at the hotel was reportedly murdered by a group of men who later buried her in the basement. Her mind sometimes surfaced, especially in November. It can sometimes be heard singing in the corridor, knocking on objects or throwing pebbles in the window of room #8.

The Château Laurier was the first hotel of the CPR (Canadian Pacific Railways). Charles Melville Hays was then the managing director. In 1912, he embarked on a long journey to Europe in search of furniture for the dining room of the new hotel. On board the Titanic for his return trip and only 12 days from the grand opening of the hotel, Charles perished with part of his team.

Several years later, some customers would have seen Hays in the hotel, as if it had become his home after all, after putting as much effort into it. Other suspicious events have also taken place: walls that shake, objects that move by themselves and clapping. 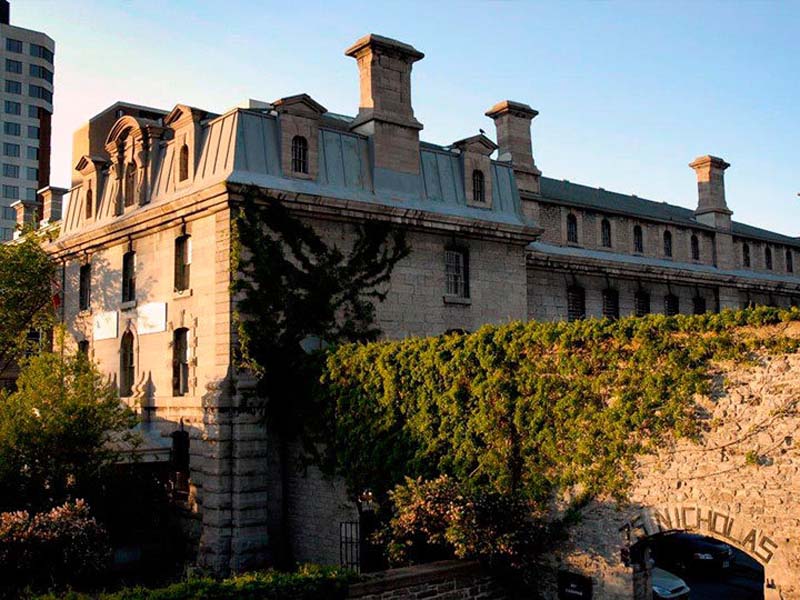 A complete night in a former prison, what does that tell you?

You can then imagine what it was like to spend a night in a prison at the time. Some prisoners who had lost their lives inside these walls would have been seen at night in the hall. The owner of the hotel would even arrange evenings where you can party with the ghosts. Will you have enough courage? 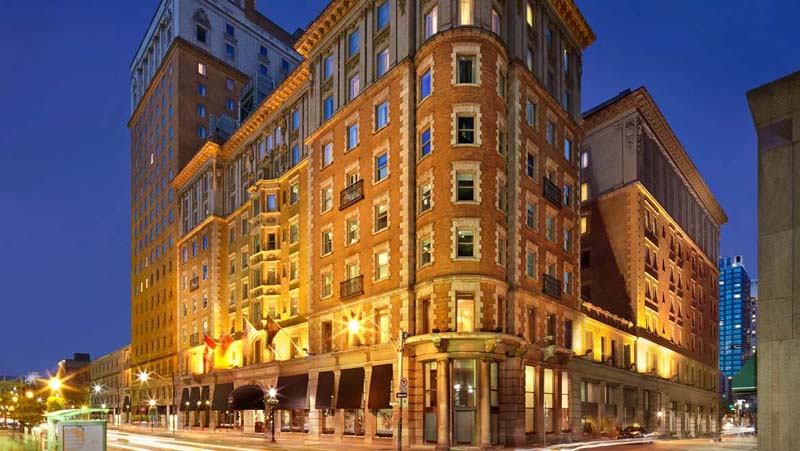 Located in downtown Toronto, the King Edward Hotel has a ballroom that has been closed for a long time due to its non-compliance in the event of a fire.

However, some testified that the elevator often stopped on this floor for no apparent reason, without anyone calling it. Other hotel guests staying on the lower floor would also complain about the noise and voices coming from the ballroom as their candlestick shook in their room due to the uproar.

A few years ago, a banquet employee hanged himself in the stairwell on the 19th floor, where all the meeting rooms are now located. There are rumors that the employee has been seen several times floating around the rooms. Only the top of her body was seen, but not her legs. 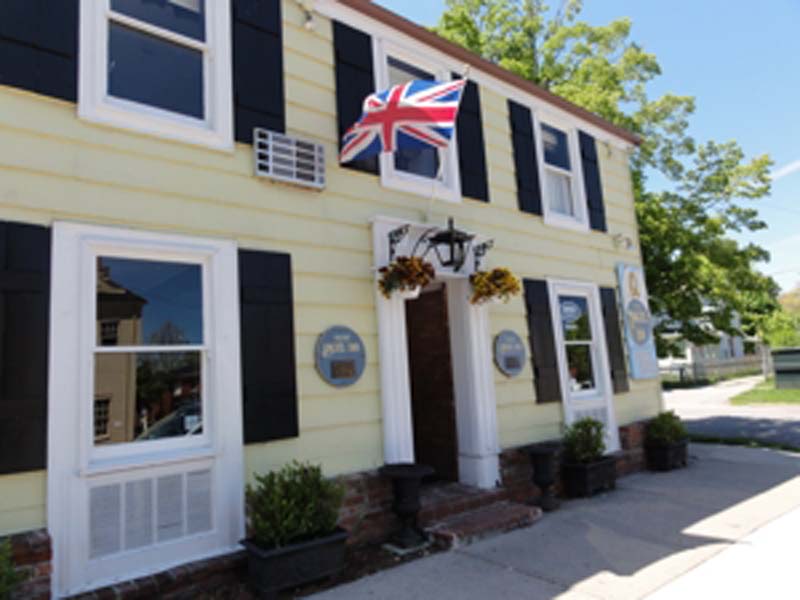 There is a popular local legend (that shows up in accounts dating to the 1820’s) of an unfortunate Canadian militia officer who was killed at the Inn during the American invasion of May, 1813.

Captain Colin Swayze had delayed joining the British retreat in order to rendezvous with a young woman, believed to be his true love. Surprised by American soldiers sent to search the Inn, he hid in an empty barrel in the cellar. The invaders used bayonets to prod into every corner and possible place of concealment and the unlucky lover received a fatal wound.

Some believe the Ghost of Captain Swayze is fated to walk the Inn at night, perhaps in longing for his sweetheart. There have been reports of noises coming from the empty dining room, rearranged place settings, and other unexplained occurrences.

It is said that his ghost will remain harmless as long as the British flag flies over the Inn, a precaution prudently taken by the proprietor. 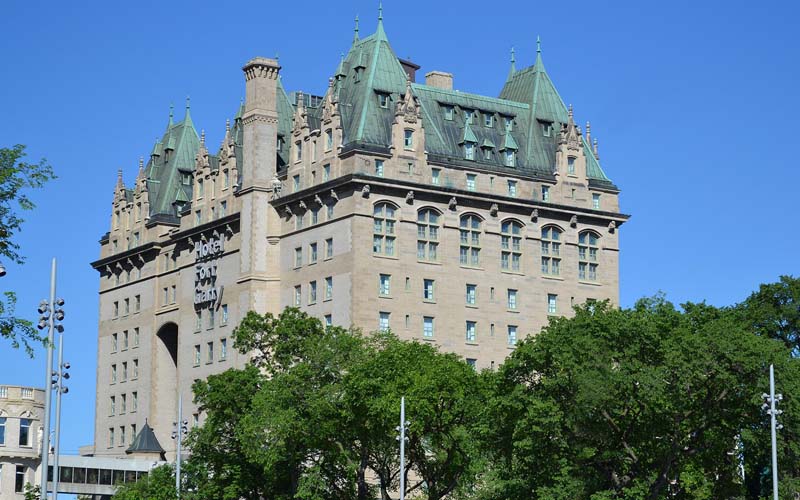 There are rumors that a lady in a ball gown would sometimes stand at the foot of the bed in room 202 in the middle of the night.

The hotel staff reported seeing strange lights and heard noises coming from the second floor. They would never book this room with a customer who phones the hotel, only for unexpected guests.

Opened in 1888, the Fairmont Banff Springs has been the scene of several strange phenomena over the years. There would have been a valet named Sam who would have worked there until his retirement in 1967. He had promised to return to the hotel but died before. If you are lucky and you arrive late at the hotel or you lose your keys, you can see his ghost in classic 60s clothes. 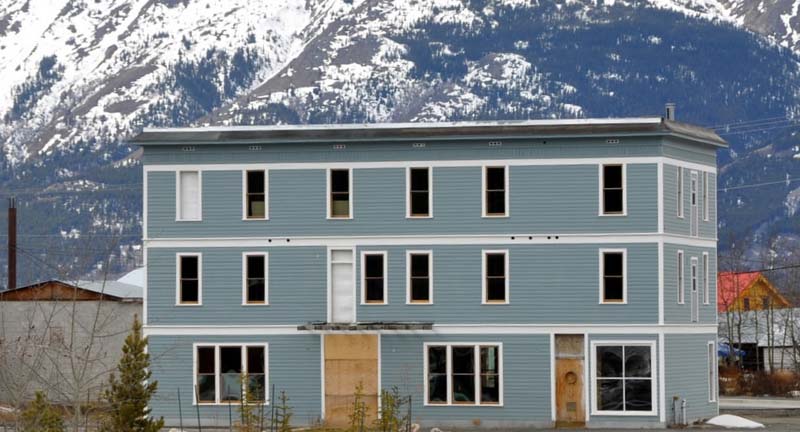 It was opened in 1901. It was then known as the Anderson Hotel, later renamed in 1903. The Gideons took over the hotel in 1910 after the great fire that raged the day before at Christmas. There is a lot of history between the walls of the Caribou Hotel, including the murder of owner Bob Olson in December 2004.

Since then, some have testified that they saw a woman standing near the windows of the hotel, resembling Bessie Gideon.

The painter Emily Carr died at the James Bay Hotel on March 2, 1945. Since that day, the hotel bar is said to be haunted by anyone who criticizes Carr’s artwork. At the time, the hotel was converted by the religious order of Mother Cecilia Priory Ste-Marie to help the wounded during the war. 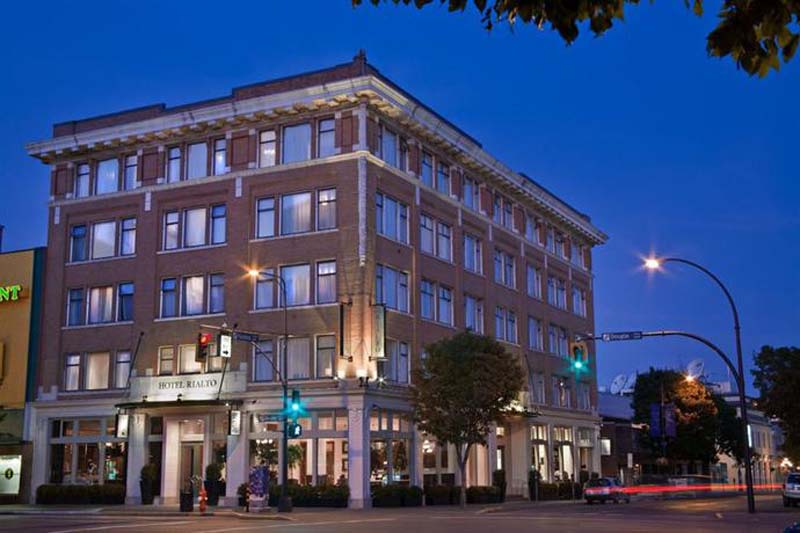 The Rialto Hotel, formerly known as the Douglas, was built in 1911 and renovated in 2009. Behind the reception desk you can find the only door to the hotel that leads to the basement. Sometimes you hear someone banging and opening the door, but no one is there. Perhaps the ghost of a former employee?

You should also know that before becoming a hotel, Douglas was a morgue.

Fairmont Hotel Vancouver is not only one of the nicest buildings in the city, it’s also home to what many believe is the nicest ghost in the city, the famous Lady in Red. She’s been around for half a century and the hotel doesn’t deny her supernatural existence, in fact they embrace it. They have named a cocktail after her and she is widely known by hotel staff.

Her name was Jennie Pearl Cox. She was a regular visitor of the hotel’s ballroom in the 1930s and early 1940s. Apparently she took up residence at the hotel after a fatal car crash in 1944.

She has been seen passing through elevator doors on the 1st and 14th floors. Her main floor of choice is the 14th. She has also been seen in rooms and the hotel’s bellmen have claimed to witness her entering rooms just as they are checking in hotel guests.

If you’re afraid of ghosts, the next time you book at the Fairmont Hotel Vancouver, book the 15th floor or above!

Digital Detox: Stop in the Poison